Is Ageing the Secret to Happiness? While you probably don’t need me to tell you that aging, mental health and happiness are all deeply intertwined phenomena, their relationship is actually bit more complex than you might imagine.

Allow me to explain.

According to WHO data, global life expectancy has increased by over five years since the year 2000. 1

In fact, there are more people aged 65+ on earth than at any time before in human history.

This wonderful new reality is at least partially a reflection of in improvements in modern medicine and enhanced living conditions, but also brings with it new challenges.

The 70+ age demographic, for example, has the highest prevalence of global depression and is followed closely by those aged 50-69.2

There are also a number of chronic conditions, such as dementia and Alzheimer’s disease, that disproportionately affect older adults.

On top of all of this, we are also faced with recent research published by the American National Bureau Of Economic Research that suggests happiness across the lifespan is “U-shaped”, meaning that it actually peaks in older age.3

So how do we reconcile these diverse findings?

David Branchflower, an American professor of economics, published a paper in late 2019 which looked at happiness trends across the lifespan in over a hundred countries across the world.

His work led him to the conclusion that trends in subjective happiness across the globe tended to follow a U-shape distribution. 4

This essentially suggests that people start their lives incredibly happy as children and teens and eventually this happiness decreases over time as life’s responsibilities add up before it reaches a low point in our late 40s, after which happiness starts to increase again until it once again peaks later in life.

Several years before Branchflower demonstrated this U-shape trend using data from around the world, the United Kingdom’s Office For National Statistics did so with local data across the UK.5

Their study also found that life satisfaction, a sense of worthwhile and happiness ratings were highest in the 65 to 79 demographic and suggested a few potential reasons to explain the trend:

The U-shaped trend doesn’t tell the whole story though, because in the 80+ demographic the risk of health issues and loneliness (perhaps due to a partner death) can take a serious toll on happiness.

In fact, the data out of the UK suggests that those aged 80+ were 2x as likely to report feeling lonely as the younger demographics.

So knowing this, how does can an older adult optimize their chances of being on the right side of the health and happiness curve as they age? 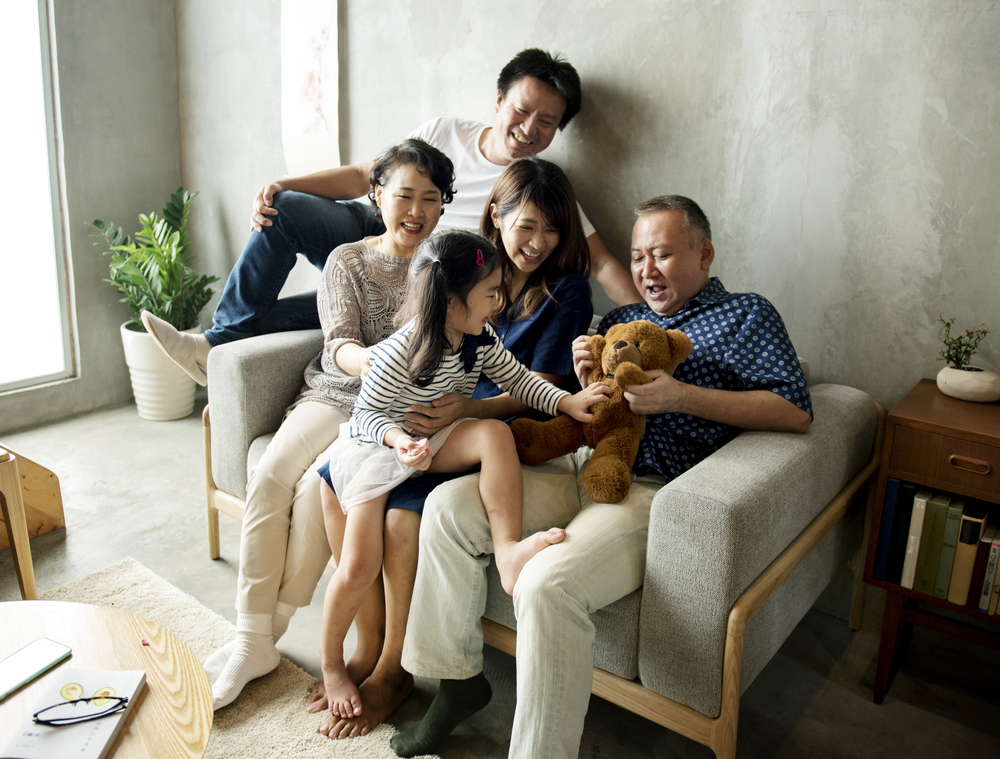 In order to explore this question, we must first understand the term healthy ageing,

The World Health Organization defines it as5:

“The process of developing and maintaining the functional ability that enables wellbeing in older age”.

This definition heavily weighs the importance of older adults being able to engage in activities that they value, whether physically, socially, intellectually or otherwise.

It probably comes as no surprise that healthy eating, especially a diet which includes fruits and veggies, as well as regular physical activity habits at mid-life were predictive of healthy ageing later in life.6,7

This should serve as an important lesson to those currently middle aged who perhaps may undervalue the role these lifestyle factors play in a happy, healthy life in old age.

It’s also important to acknowledge that although these behaviours are more advantageous if maintained from a younger age, a 2013 paper out of the British Journal Of Sports Medicine found that it is never too late to start and even those who became more active later in life still enjoyed significant increases to their physical health and mental wellbeing8.

Blood cholesterol levels also appear to be an important consideration in cognitive decline in the elderly, with higher levels associated with greater rates of decline9.

The food groups that are most strongly associated with reductions in blood cholesterol levels include10:

With these points in mind, I’d like to take this opportunity to pivot away from the physiological contributors to healthy aging and happiness and shift towards the social support considerations.

If you’d like to learn more about the nutritional aspects of mental health, please refer to our previous article on the topic.

A strong social support network is considered one of the most powerful predictors of healthy aging11.

It follows that a healthy home environment and the presence of family and community play massive roles in maintaining happiness and mental health in old age.

In fact, family plays an even bigger role than you might think.

Scientists have determined that certain genes in the APOE grouping are heritable and associated with longevity and a longer lifespan12.

Although we can’t do much to alter our genetics, I certainly found this an interesting finding to end today’s article on.

I hope you found it insightful start to finish.

Today’s lifestyle and environment means that despite our best efforts to look after ourselves, our bodies need a little extra TLC to enjoy optimal health. That’s why we reformulated Good Green Stuff – to bring you more of what our bodies need most to keep up with modern-day life. 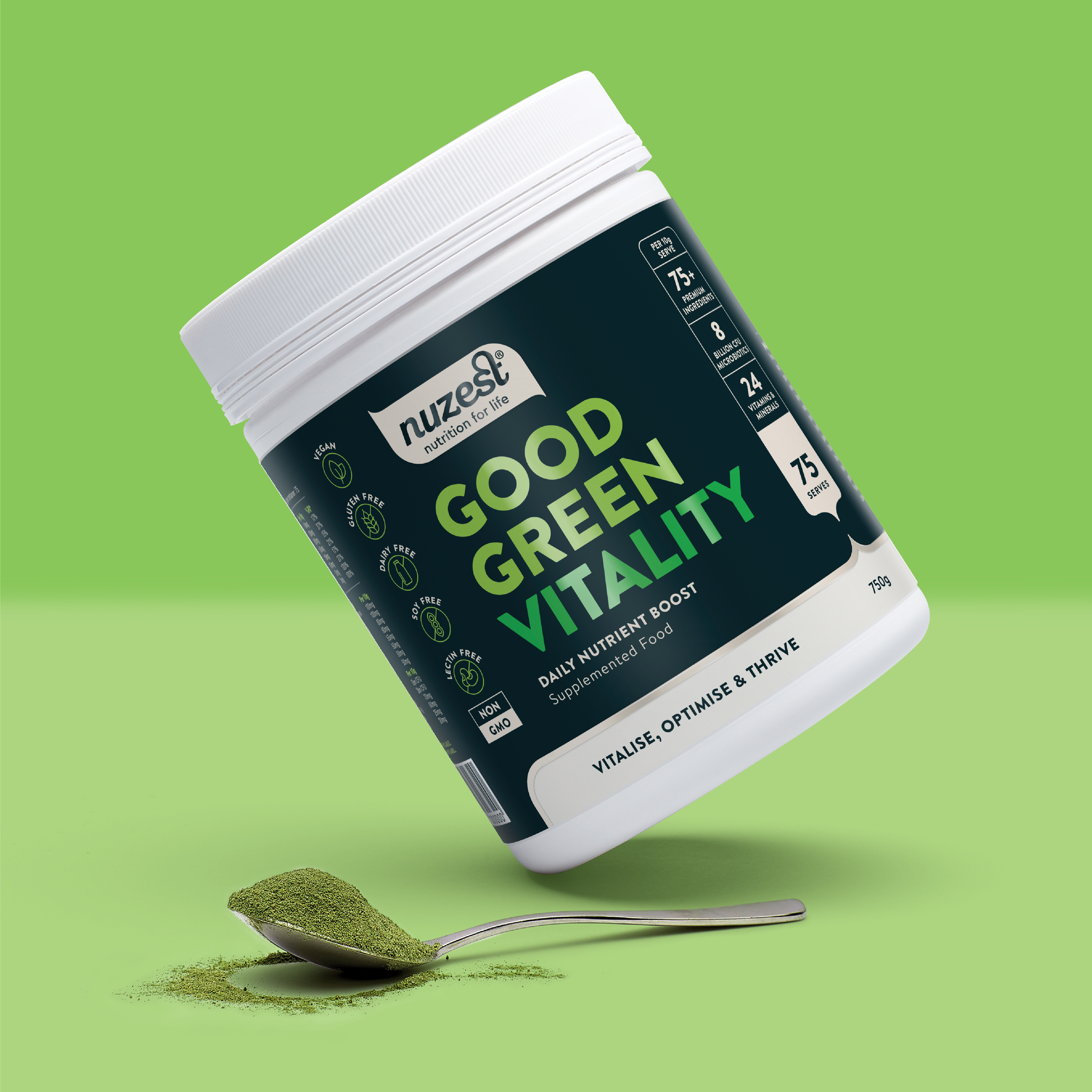